Do Solar Panels Work During A Power Outage? 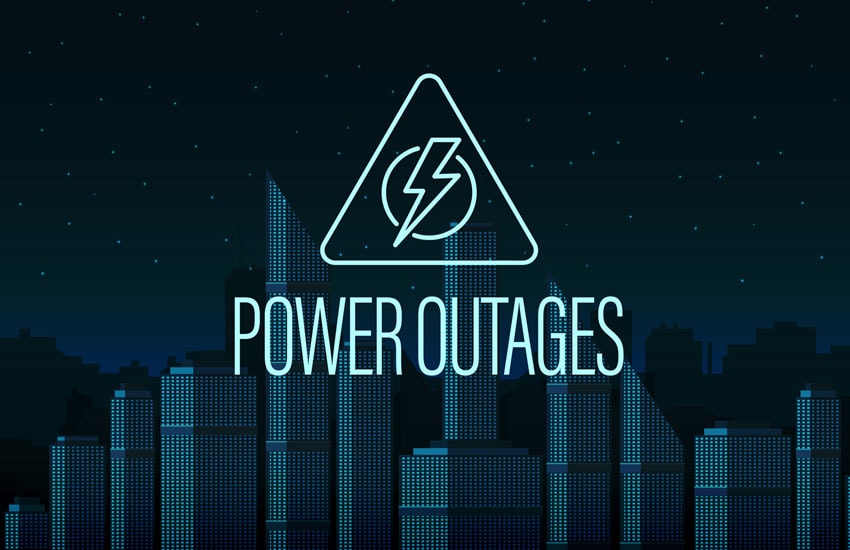 You might think that the automatic answer would be yes, assuming the outage was happening during the day. And in a sense, you’d be right. The photovoltaic cells in the panels go right on absorbing solar energy.

There’s nothing wrong with them, and if your installation is properly configured, the outage won’t hurt them. But if you’re like the vast majority of home solar users in the United States, that energy is not flowing into your household electrical system.

That’s because the inverter that turns the energy into alternating current at the right voltage has shut down. And the reason it has shut down is that your inverter is tied to the electrical grid, not directly into your home.

This is how a solar system for home saves you money as an electricity consumer—the more power you generate from the panels on your roof, the less you take from the utility, and the less you pay.

And again, if you generate more electric power than you consume, it flows into the grid. Most utilities today will actually pay you for that power—as they should.

But now consider what happens during a shut-down of your part of the grid. The source of the problem, typically a downed power line or a failed transformer, has been identified.

Repair workers are doing their jobs on the assumption that the power lines are dead—no current is flowing through them. They need to be dead for the safety of those workers because the high voltage they normally carry—which has to be “stepped down” before it enters your home wiring–can be instantly lethal on contact.

So your inverter is designed to shut down automatically when power stops coming through the grid to your home. The inverter will stay that way until power is restored.

Of course, if you’re in that small minority who are living off-grid, and the electricity does actually flow from your inverter straight into your home wiring, the panels will go right on supplying you with power.

But then, the outage isn’t affecting you anyway. And you almost certainly have a backup gasoline-powered generator for when there’s not enough energy coming through the panels to keep your fridge running and your lights on.

In fact, many people in areas where the grid is unreliable do keep a generator in their garage for emergencies. (In Texas, since last winter’s disaster, sales of gas-powered generators have spiked, since much of the Texas grid and electrical supply, including both natural gas and wind power, has not been hardened against extreme weather conditions.)

There is another way to keep power generated by your solar panels flowing to your home: storage batteries. Here at Universal Solar Systems, we have not recommended that our customers invest in battery storage, because it’s still pretty expensive.

Just to provide enough power to run your essential appliances in the event of a grid outage or, say, major storm damage to your rooftop adds an average of about $15,000 to the cost of a solar panel installation

That sum covers two batteries, each with a capacity of 13.5 kWh—27 kWh in all. Those together should provide adequate backup for an average home if there’s a several-hour outage. (For more on home battery storage tech for solar, see https://universalsolarsystem.net/battery-backup-for-my-solar-electricity/ on this page.)

However, this recommendation may change, for both positive and negative reasons. The positive reason is that the cost of battery storage per kilowatt-hour is following the cost of solar cells on a steepening downward curve.

Driven partly by the surge in demand for electric vehicles and partly by the increasing unreliability of our aging, obsolescent, and (in some places) very weather-vulnerable national grid, innovations in battery tech are coming faster and faster.

The negative reason is that increasing unreliability. Given what science is telling us about the climate, the unreliability is likely to get worse as the weather gets less predictable and more extreme.

Together, these factors are making it look both more financially doable and more sensible to get battery storage than it was even a year or two ago. The Solar Energy Industry Association (SEIA) estimates that the cost of battery storage has fallen 70% since 2010.

The SEIA also projects that by 2025, a quarter of all new home solar installs will come with storage—in 2020, it was 7%. Or you could be one of the 300,000 Americans who bought an EV last year, in which case, if things are rough out there, you can run those essential appliances off your car battery for at least several hours—always assuming you had it charged before the outage.

Finally, battery storage is safer than the alternative. To provide your home with enough power for a day, say, you will need to store several gallons of gasoline in your home or a nearby shed.

A standard 5-kilowatt generator will typically consume about 0.75 gallons per hour. If you run the portable generator for a day, that will consume about 18 gallons. The risks associated with storing that much gasoline in or near your home are very significant.

While storage batteries have been known to overheat on occasion, by contrast, such events are rare. And you aren’t polluting the air by burning gasoline.

So no, if you’re grid-connected and don’t have batteries, you can’t use the energy from your panels. But within this decade, if the efficiency and cost curves for storage batteries keep going in the same opposite and soon-to-be exponential directions, you won’t have to worry about that anymore..
0Likes

The Best Time of Year to Go Solar in Texas

Do Solar Panels Work During A Power Outage?

Things to keep in mind before going solar with your home